How we destroyed a priceless,
700-year-old national treasure

The Story Behind the Photo:
“National Treasure” 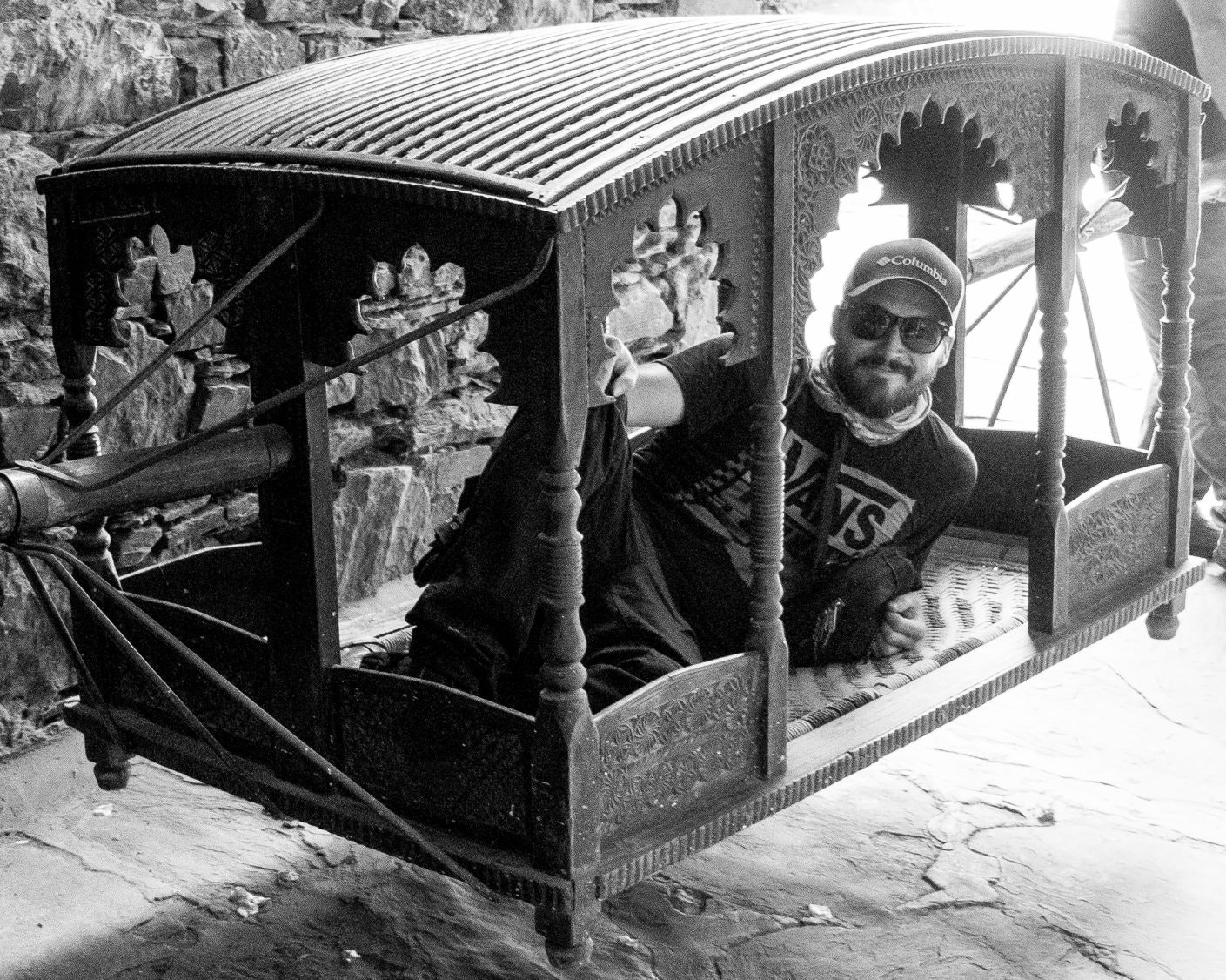 As documentary filmmakers, we sometimes say that it’s easier to beg for forgiveness than to ask for permission. We learned the hard way that it’s not always the case.

It all began after a grueling 10-day production in New Delhi. We decided to treat ourselves and spend the remainder of our time as tourists. That’s how we found Sharon, a local who spoke perfect English and who agreed to be our guide in exchange for a few shared adventures.

The plan was to catch a flight to Darjeeling to escape the heat and explore the Himalayan foothills. But before that, our first stop was to Neemrana to explore a 16th-century fort known for its beautiful architecture and breath-taking landscapes. Imagine a mysterious lost city, hidden among lush vegetation in an Indiana Jones-type movie. This place was unreal! 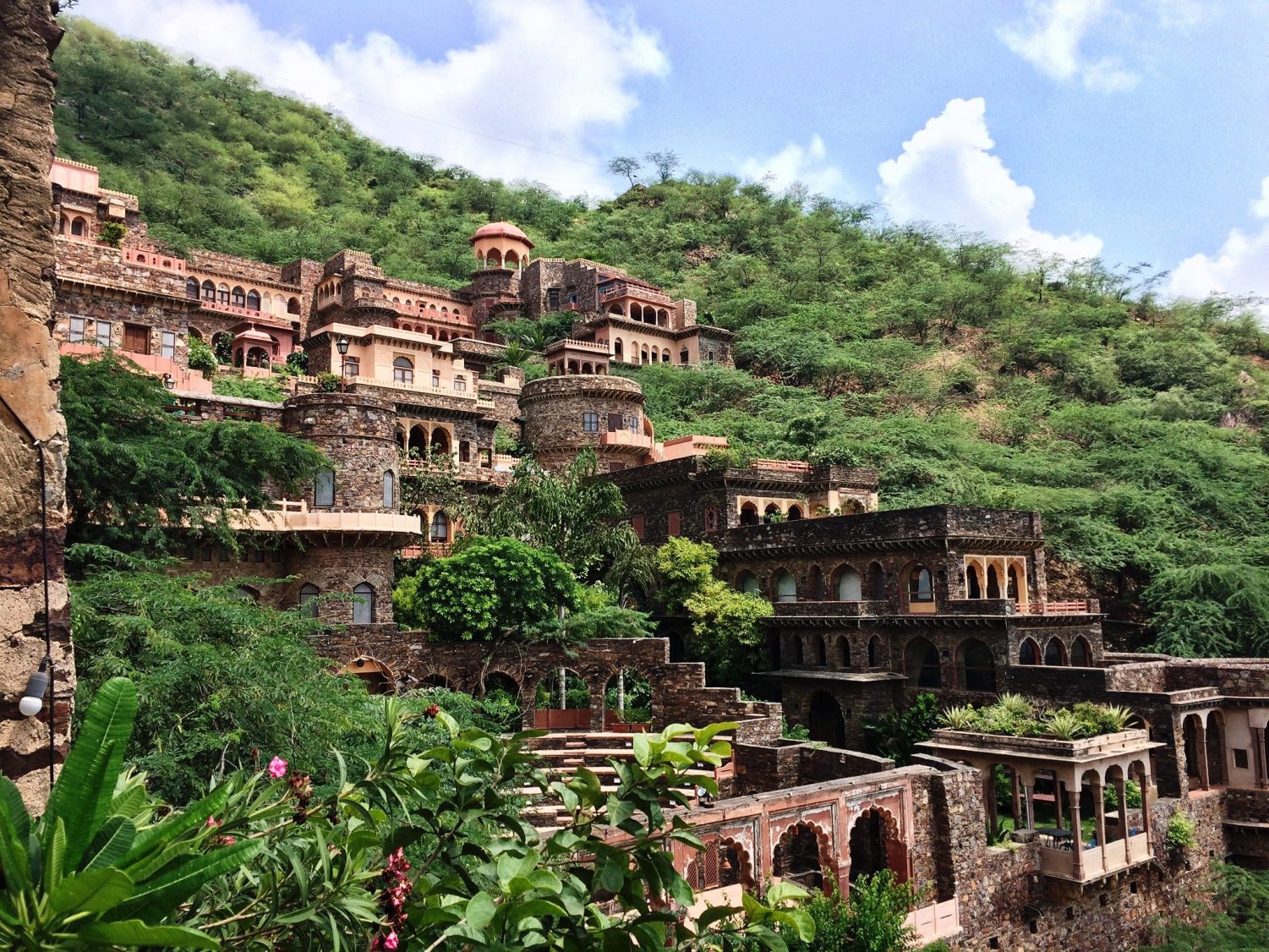 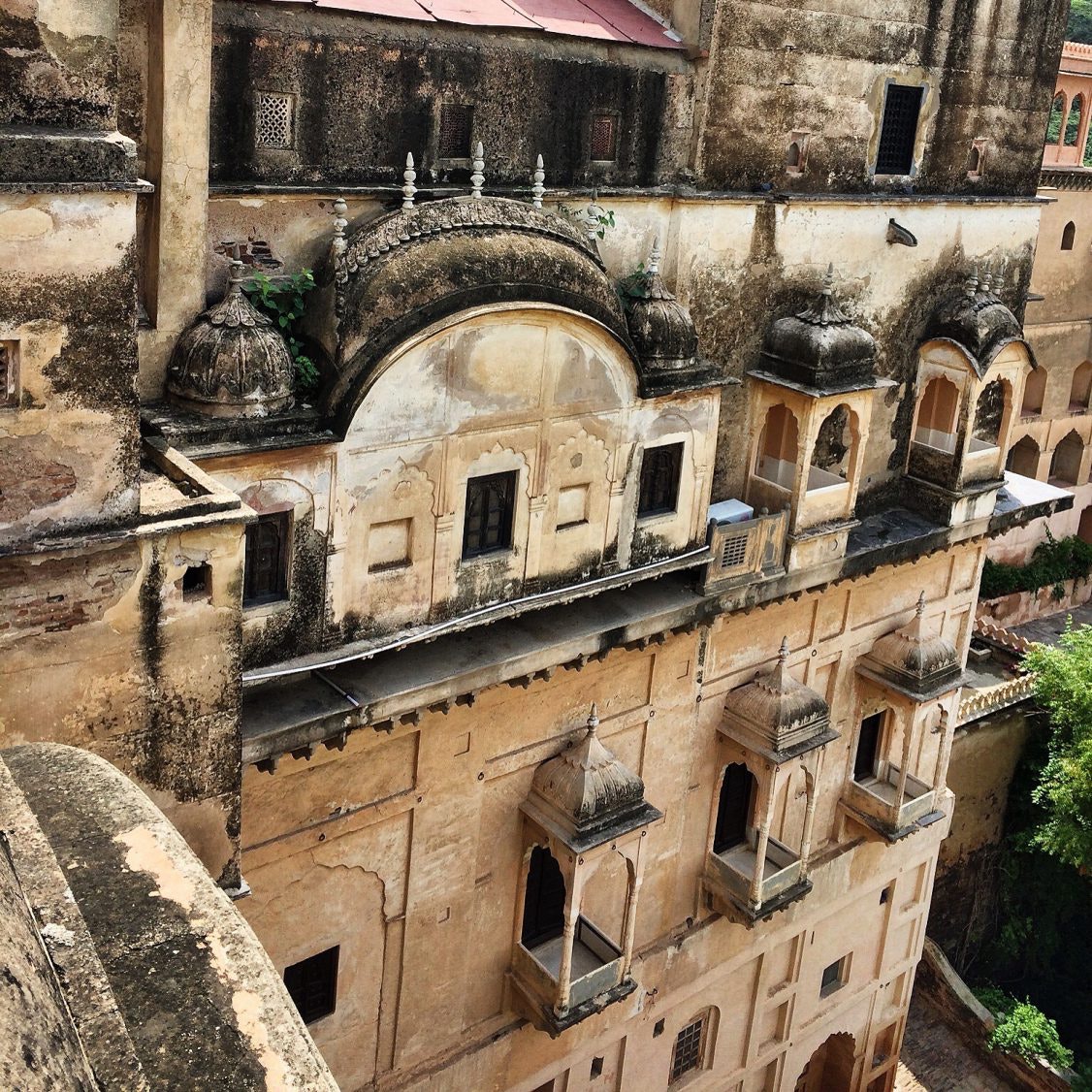 After a few hours exploring, Sharon informed us that he could arrange for us to tour the grounds by camel back. Needless to say, we were all very interested and so, Sharon arranged for our camel transport to be waiting for us by the main gate after lunch.

With the prospect of camels in our future, we finished lunch early and found ourselves waiting anxiously at the main gate. As we waited, we noticed that the corridor was lined with artifacts. One of which was a funny looking chair with long extensions designed to carry a person. Someone had the idea for a photo op and so, we naturally looked for the smallest person in our entourage. That person was our local driver, Victor.

Victor willingly sat down in the chair and looking to our guide for permission, Sharon gave us the nod. After taking the photo, we noticed the guard who had been standing at the gates was laughing, giving us the impression that this was something that tourists did often. 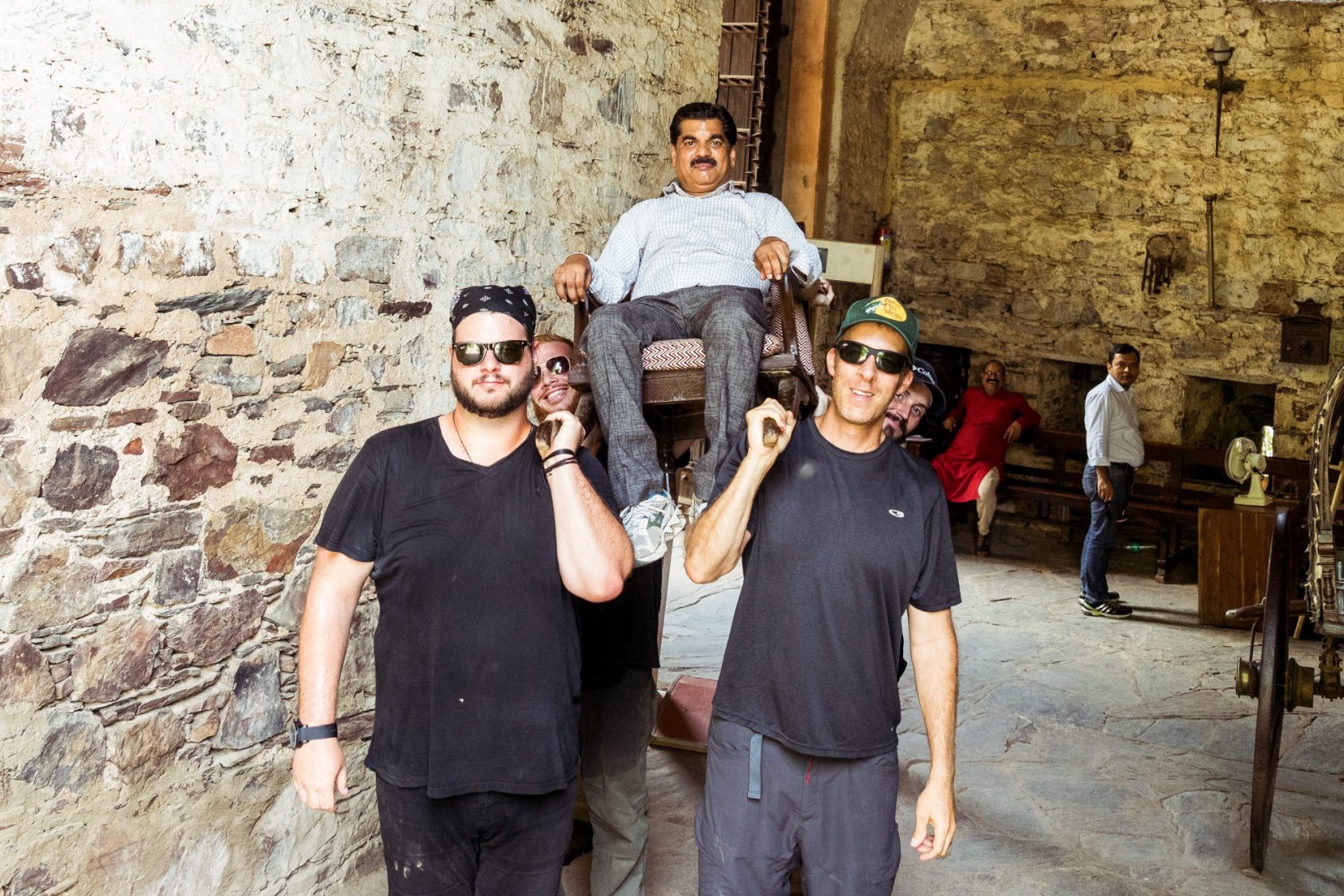 As we sat Victor back down, Coury noticed something else tucked away against the wall. It was an ornate, human transport carriage, big enough to lay down in. I had only seen things like this in movies. This thing not only looked awesome, but it also looked legitimately old. Not like the other stuff.

I ran over and laid down inside. Instinctively, Reid and Coury assumed the position on either side of the carriage to lift me up.

Here’s where everything goes south.

You know those moments in life that you can remember like it was yesterday? Those moments where time somehow slows down and you can retain each millisecond with vivid detail? What happens next was one of those moments.

As I lay inside this ancient contraption, I remember the musty smell of the interior. I remember the thick patina of dust that blackened the inside from years of use ages ago. And, as I’m being lifted from the ground, I remember the look on the guard’s face as he opened his mouth in slow motion.

WARNING. The moments that follow are and will remain the most awkward and uncomfortable in human existence.

I rolled out of the carriage to survey the damage. The wooden pole on Reid’s side cracked and the steel support rods bent like they were made of plastic. We were all speechless. Even if we could speak Hindi, what would we say? “Sorry for breaking your priceless 700-year-old carriage thing!” 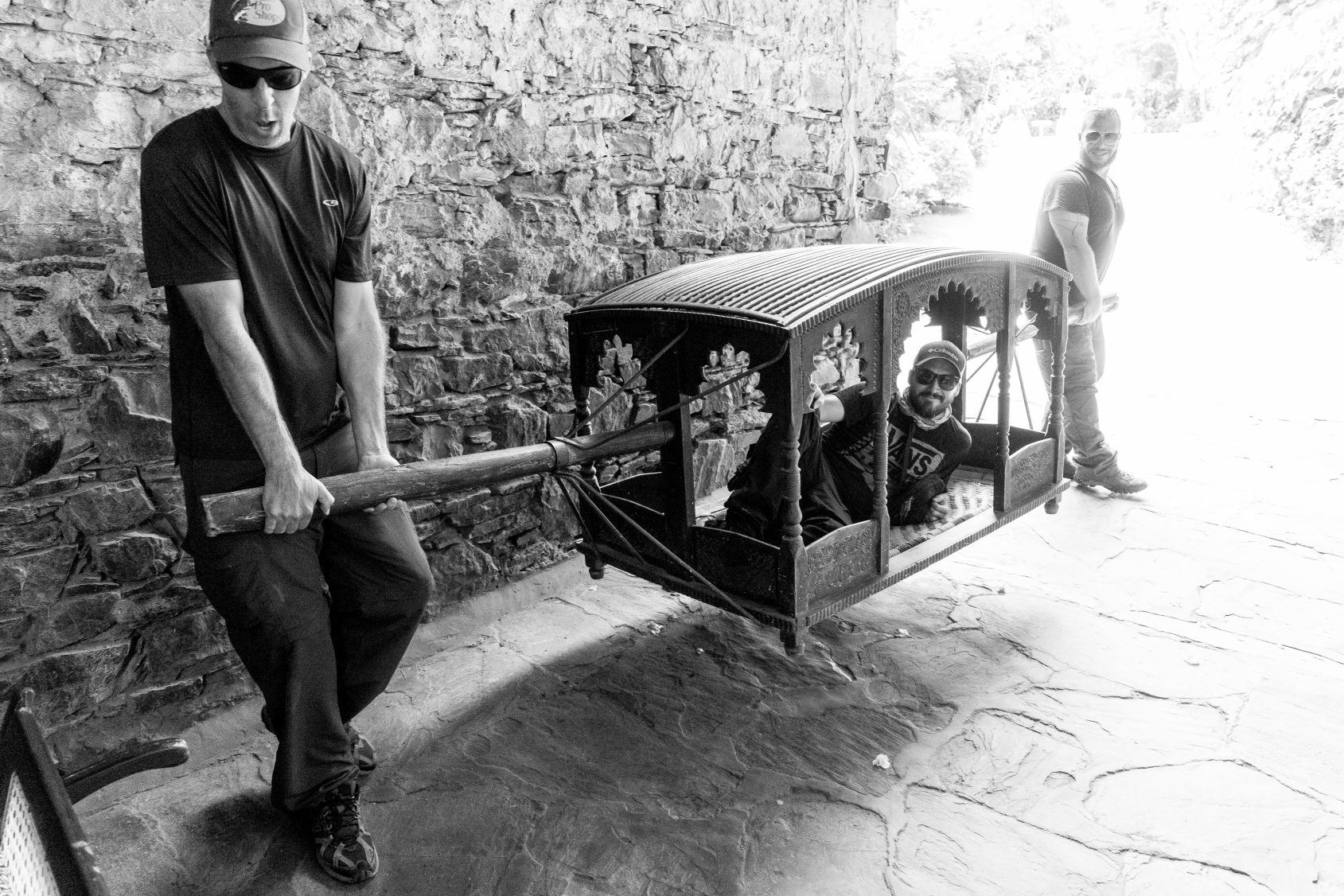 We all looked at each other and then at the guard who looked like he had just witnessed a murder. His mouth was still open as if to say something, but instead of chewing us out, he slowly looked up, closed his mouth and looked the other way. Almost as if to say, “I saw nothing”.

I remember standing there for what seemed like an eternity, waiting for someone to say something, but no one said a word. All we could do was stare blankly at each other, hoping that the other would break the uncomfortable silence. Surely our guide Sharon would speak up and smooth things over? I looked to Sharon, but all he could do was look down at his feet and avoid further eye contact with the guard. We were like sad, bearded children waiting for our punishments. But, our punishment never came. The guard obviously didn’t want anything to do with the situation and ignored what just happened.

We stood there for another minute or two until Sharon finally broke the silence to say that our camels had arrived. There was nothing we could do except follow the guards lead and pretend that nothing happened. All we could do was try to enjoy our camel ride and put the past behind us.

I like to think that we all grew a little wiser that day. That we learned a lesson or two from our experience. It may be easier to ask forgiveness than for permission, but at what cost? 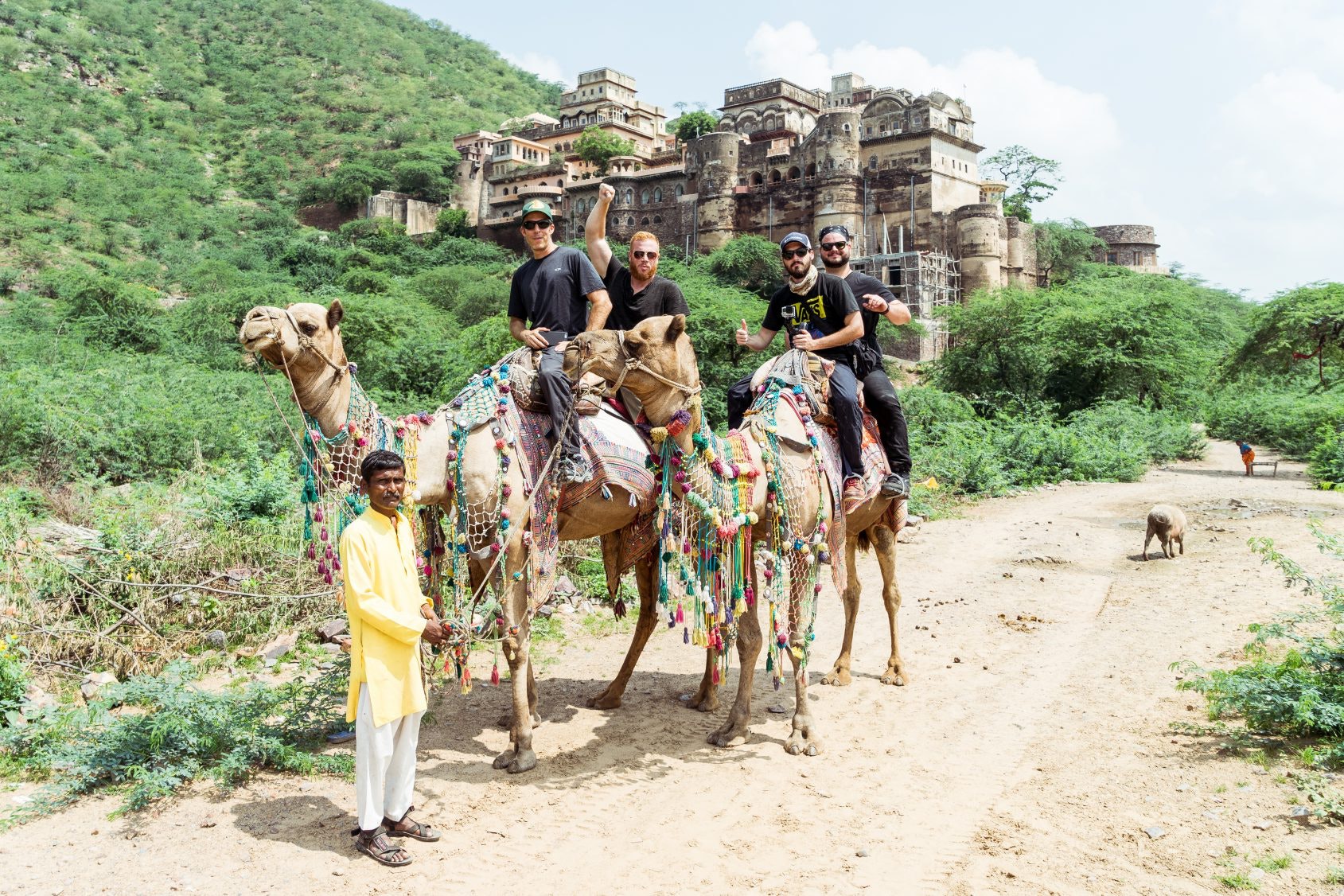 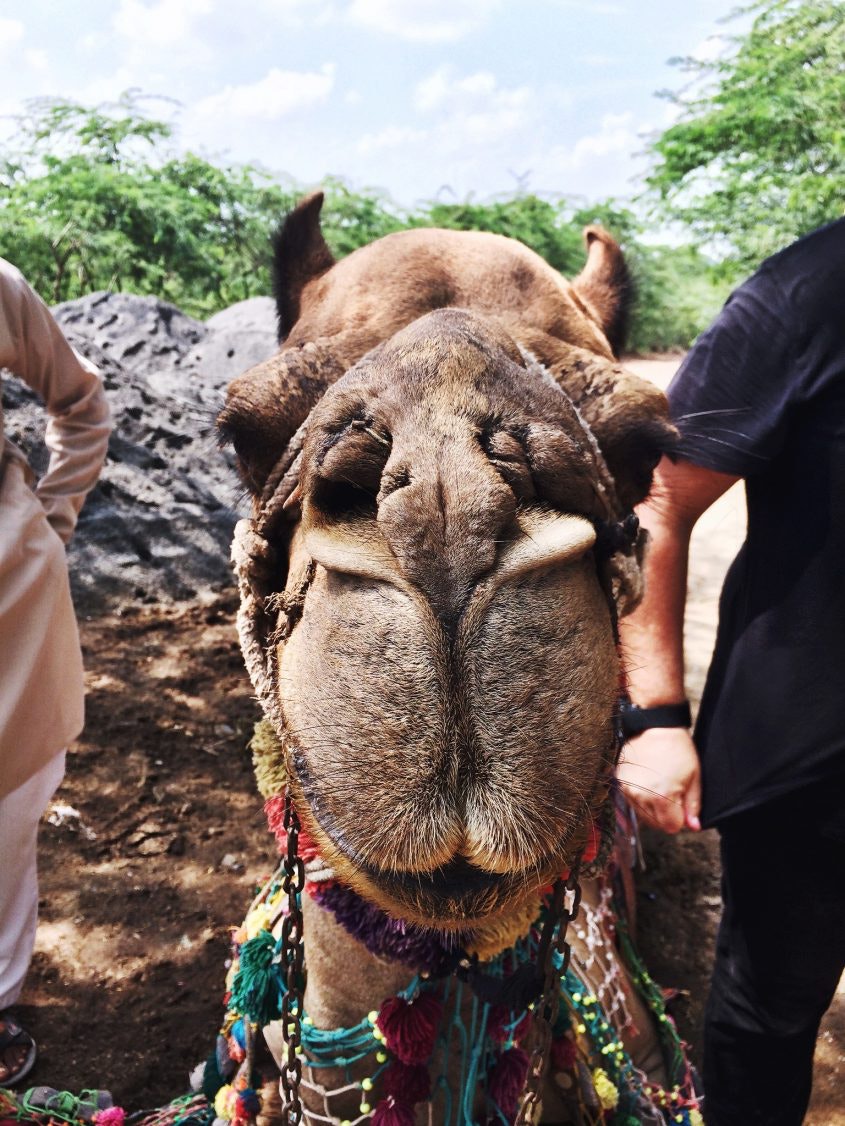