Finishing a Film
Without all the Ingredients

Nadus Films has produced films in many sketchy parts of the world. We’ve encountered gangs, remnants of war, famine, disease and drought. When we were approached to tell the story of Iraqis persecuted at the hands of ISIS, we had to take a step back.

Growing up in the 80’s and 90’s, the country of Iraq is geographically known. Iraq has been ingrained into the minds of Americans because of the wars. People know Iraq, or at least they think they do.

20 years ago, Iraq was the home to millions of religious minorities, predominately Christians and Jews. Today, only a few hundred thousand remain. Persecution is rampant throughout this oil rich country and there’s little to no hope of any future for these minorities. Telling their story was the call we received. Would we answer?

With some hesitation and several difficult team meetings, we decided to take a step of faith and tell the story of one Iraqi family who fled their city. Overnight, ISIS forced them from their homes, destroyed their city, murdered their priests, and enslaved countless others. Like them, those who escaped have since been on the run, displaced within their own country’s borders. For us, we’d be stepping foot inside an abandoned city deemed unsafe in order to document this families heroic journey home after being gone for almost three years.

We only had a few weeks to prepare for this sensitive trip. We’re used to filming in such a way that we don’t draw attention. However, this was a whole other level of risk. Per recommendations from our security detail, we couldn’t look like filmmakers. We stripped our gear down. We even bought old shoes and ugly clothes in order to not look like professionals. We were filmmakers in disguise, hoping we wouldn’t attract attention. Filming in Iraq is unwanted and could mean the difference between coming home or not.

Many of our sponsors, including Canon, were kind enough to give us gear, allowing us to film according to our standard quality, but remain nimble by not carrying around larger camera rigs. We are thankful to our sponsors who helped make this trip possible.

Upon landing at Erbil International Airport in Northern Iraq, we were anxious about what we’d experience just outside of the airport. After successfully getting through customs and our drone not being confiscated (no fly zone), we experienced a warm welcome by our guides and drivers. The Iraqi people, especially those that suffer persecution daily, were thankful that people from the other side of the world would risk everything to come and tell their story.

With only four production days before us (less risk), we knew we had a lot to capture. Our order was tall and the clock was ticking. We had four objectives: 1.) Create a promo piece for Shai Fund, the charity partner and Give a Story recipient, 2.) Tell the story behind Shai Fund and its founder, Charmaine Hedding, 3.) Work with Clay Cook to capture all the photography needed for the organization and, 4.) Shoot a short film. Yeah, you read proper. Like I said, the order was tall.

With only a few snags during the first couple of days in production, we were knocking out our shot list. At one point, part of our security detail left only to show up an hour later with cell phone video of them capturing a truck full of ISIS fighters trying to enter the city to inflict more harm. We were some of the only people in the city at that time and assume they were hunting us. There were moments like this that would abruptly remind us to not let our guard down and that things could turn ugly very quickly.

Then, all of a sudden, we hit a big snag. One of the only items left on our production punch list was to interview our central characters. The purpose was to tie together all of the footage we’ve already captured for our fourth objective, the short film. Questions like, why were you forced to leave? What’s it been like to be displaced? Looking back, would you have done anything different? Toward the end of our trip, per our partners request, our subjects were no longer available for camera time. This was devastating. It’s equivalent to going to the store to grab ingredients to bake a cake, only to be told they’re out of eggs, milk, or sugar. All we had was the frosting. We didn’t have some of the basic ingredients needed for the short film.

As Certified StoryBrand Guides, we structure every story around a formula. Our years of experience incorporating the StoryBrand model is proven. Like any complex project, you must plan and have a process in order to increase your chance for success. In other words, when building an engine, all parts matter. Leaving out an essential element means the engine won’t run properly. Telling a good story is no different. Not getting the interviews meant our formula was in jeopardy.

Iraq holds a special place in our hearts and leaving it was difficult knowing that we didn’t have what we needed. We were so close to fulfilling that tall order. Were we too ambitious? Maybe. It didn’t matter at that point, all that mattered is we flew back home safely, but short on what we needed. We’re used to building stories from nothing, but now we were forced to make a film that fell sort on fulfillment.

After we completed post production on the promotional pieces, the “behind the story” of ShaiFund, and the principal photography, we sat for a while wondering how we could pivot in a way to effectively tell this families story through a short film. Iraq and its people hold a special place in my heart, and their story deserves to be told. This people group is at the brink of becoming extinct because their culture doesn’t accept them. At Nadus Films, we make films that make a difference. For me, this was a difference I wanted to take part in.

We were forced to think way outside the box in order to salvage the short film. We decided to go the route of altering our lead character to the matriarch of the family. This required recording a voice actress and pull together all the elements of the story we already captured. I’ll be honest, my team went out on a limb here and trusted me. I wasn’t sure if it would work. There were some difficult team meetings questioning everything, but in the end, we landed on a story that we couldn’t be prouder of.

In my opinion, to date, this is one of the most impressive stories Nadus Films has told given the tools we had to work with. I’m thrilled that you’re one of the first to watch our short film entitled “Returning Home”. As you watch this film and it sits with you, know that a lot of blood, sweat and tears went into this story. Not just from Nadus Films, but those who are persecuted in Iraq. 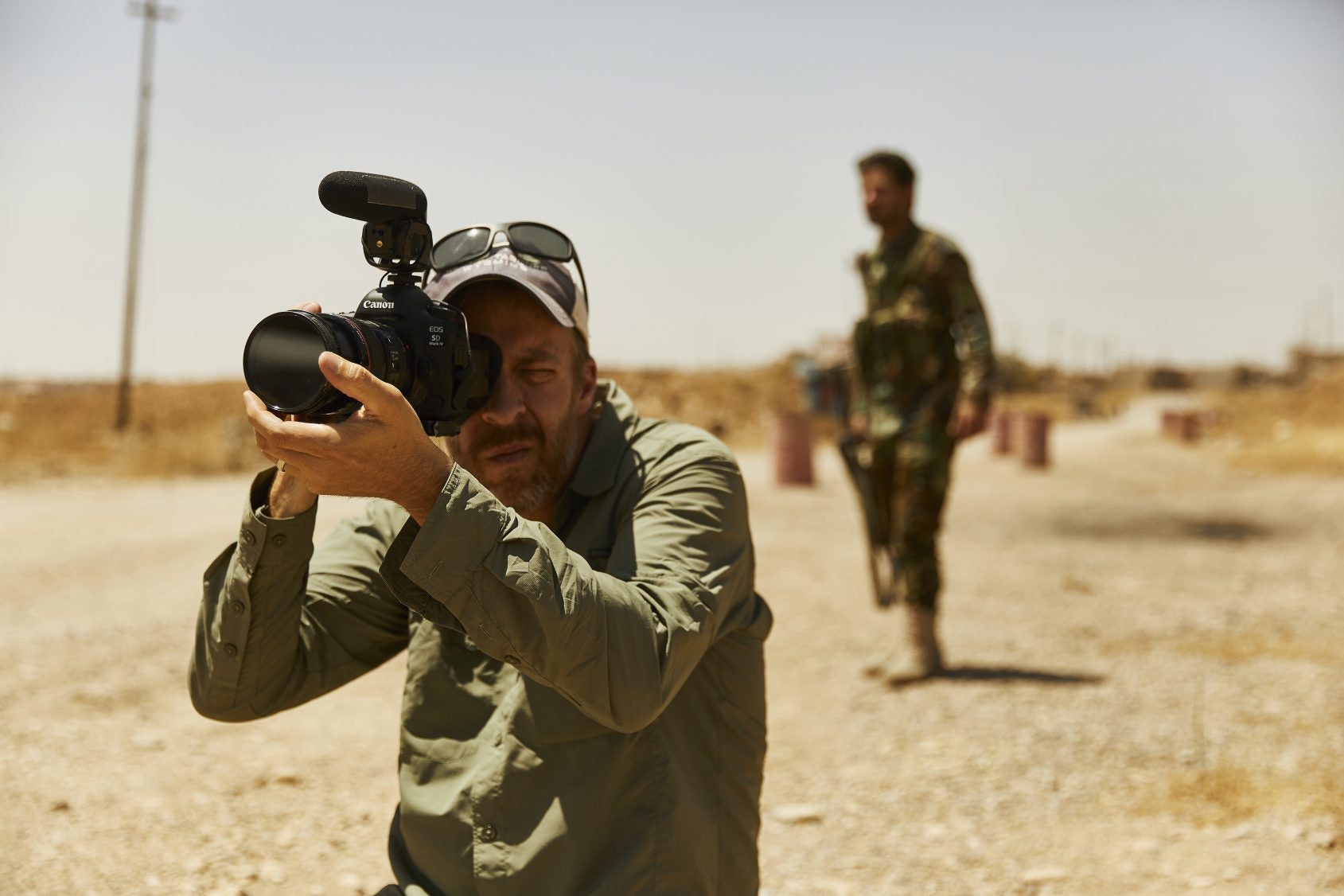 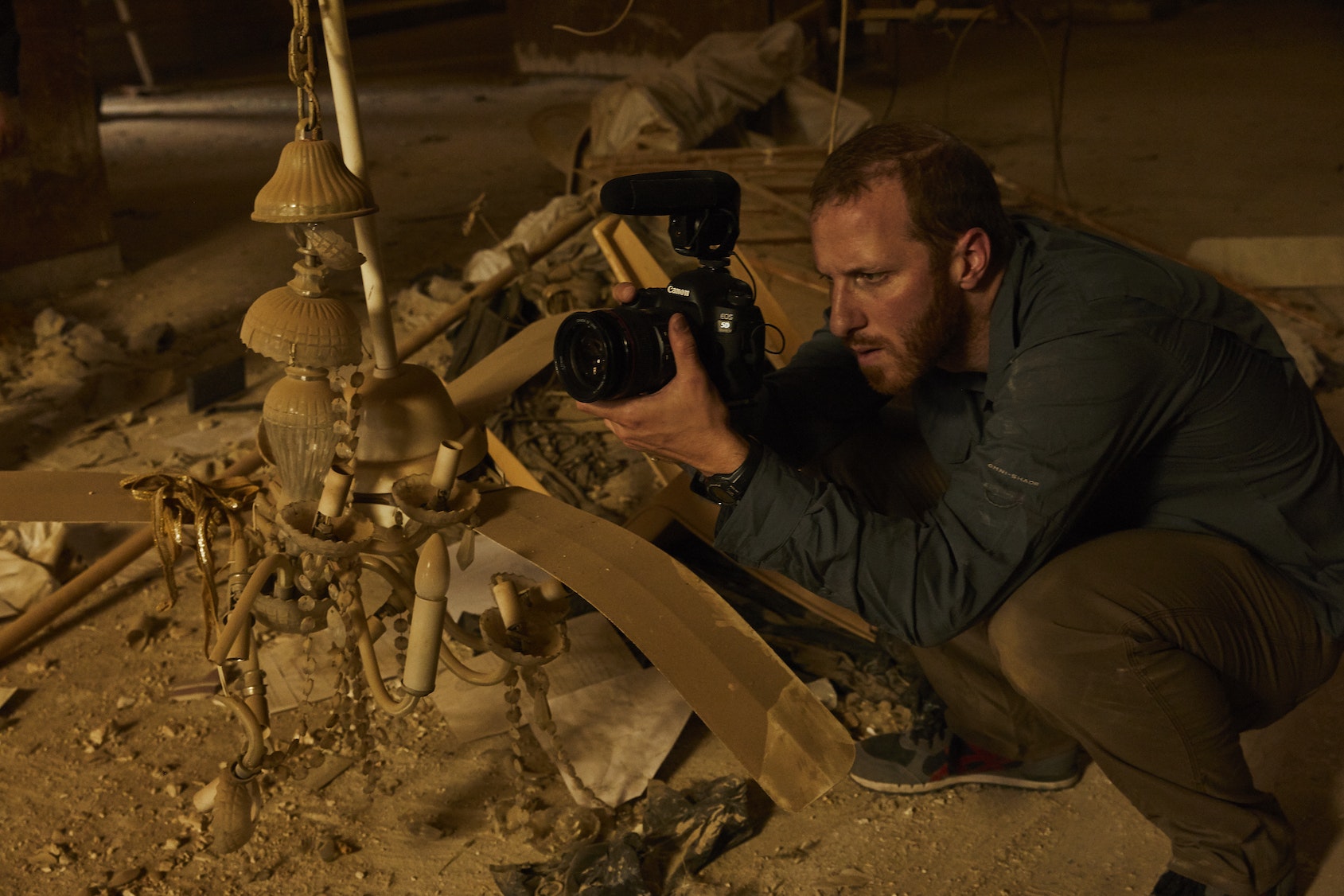 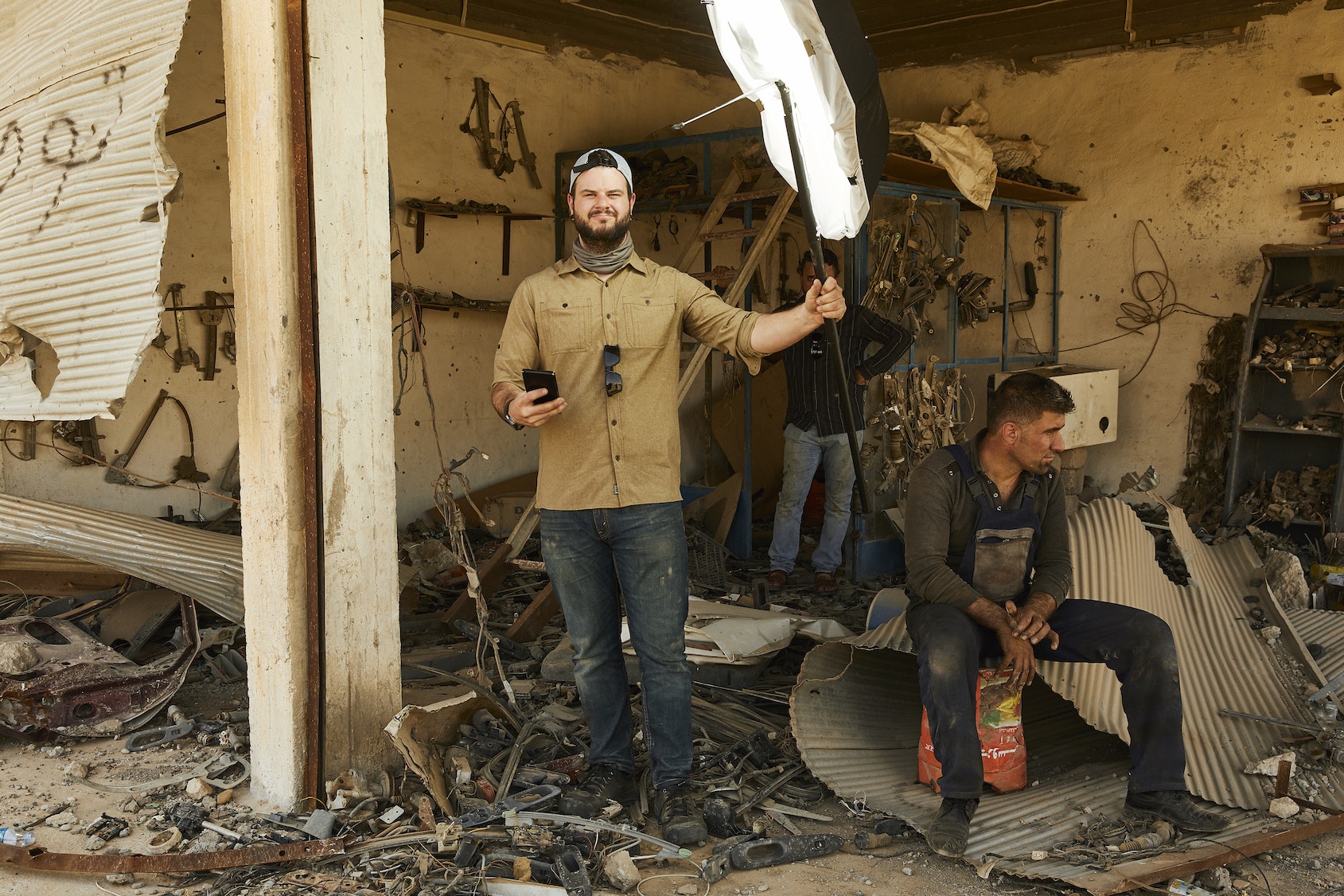 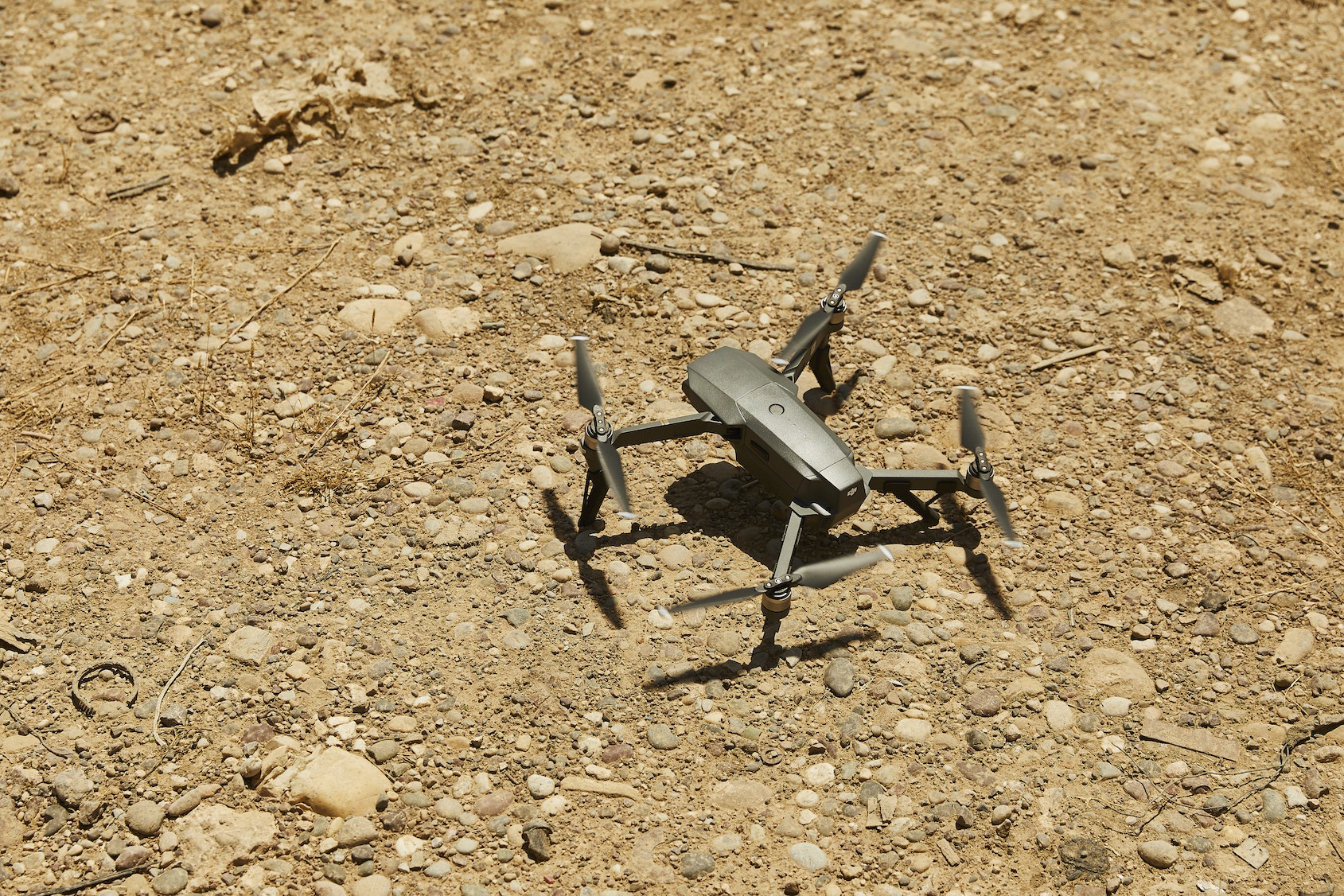 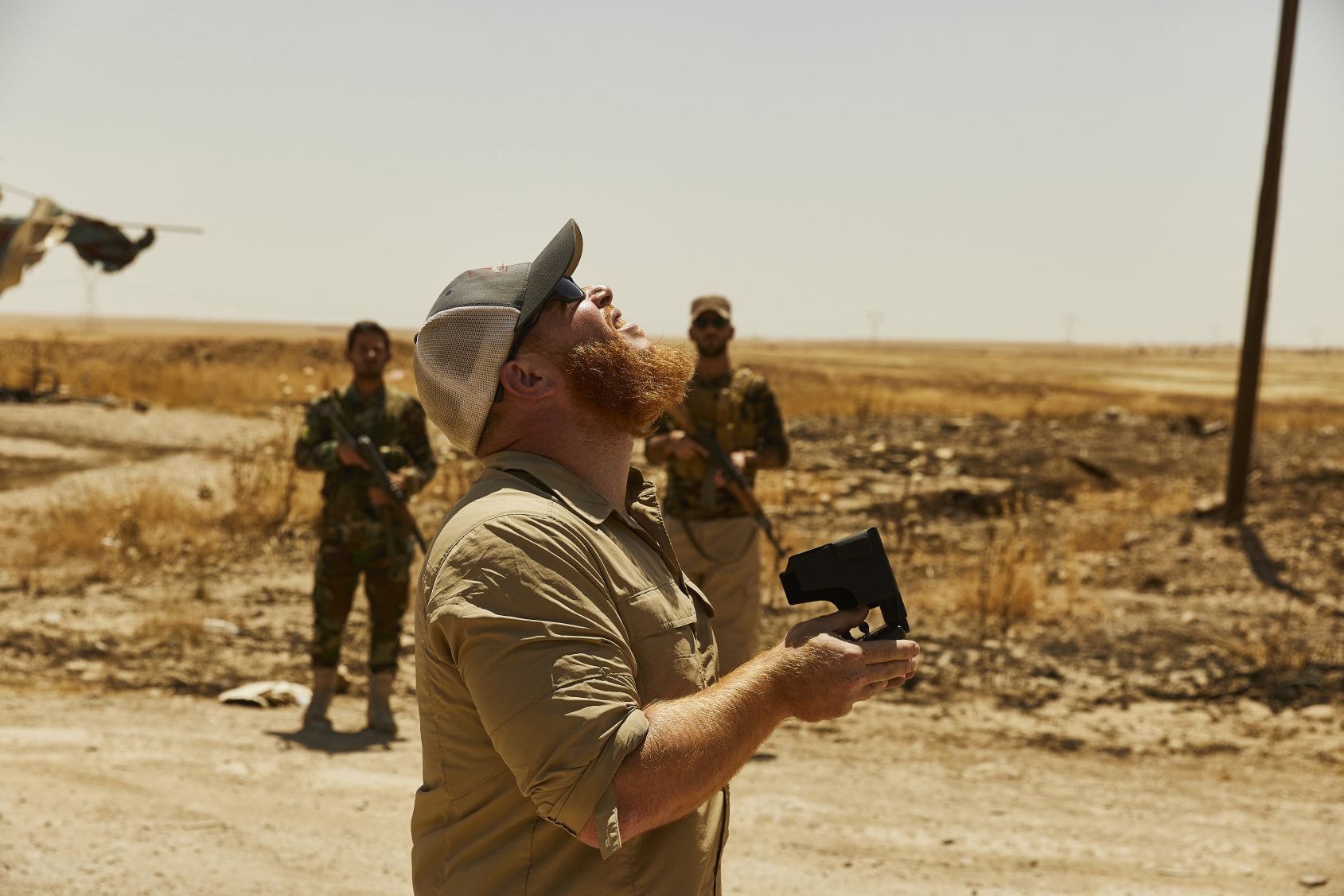 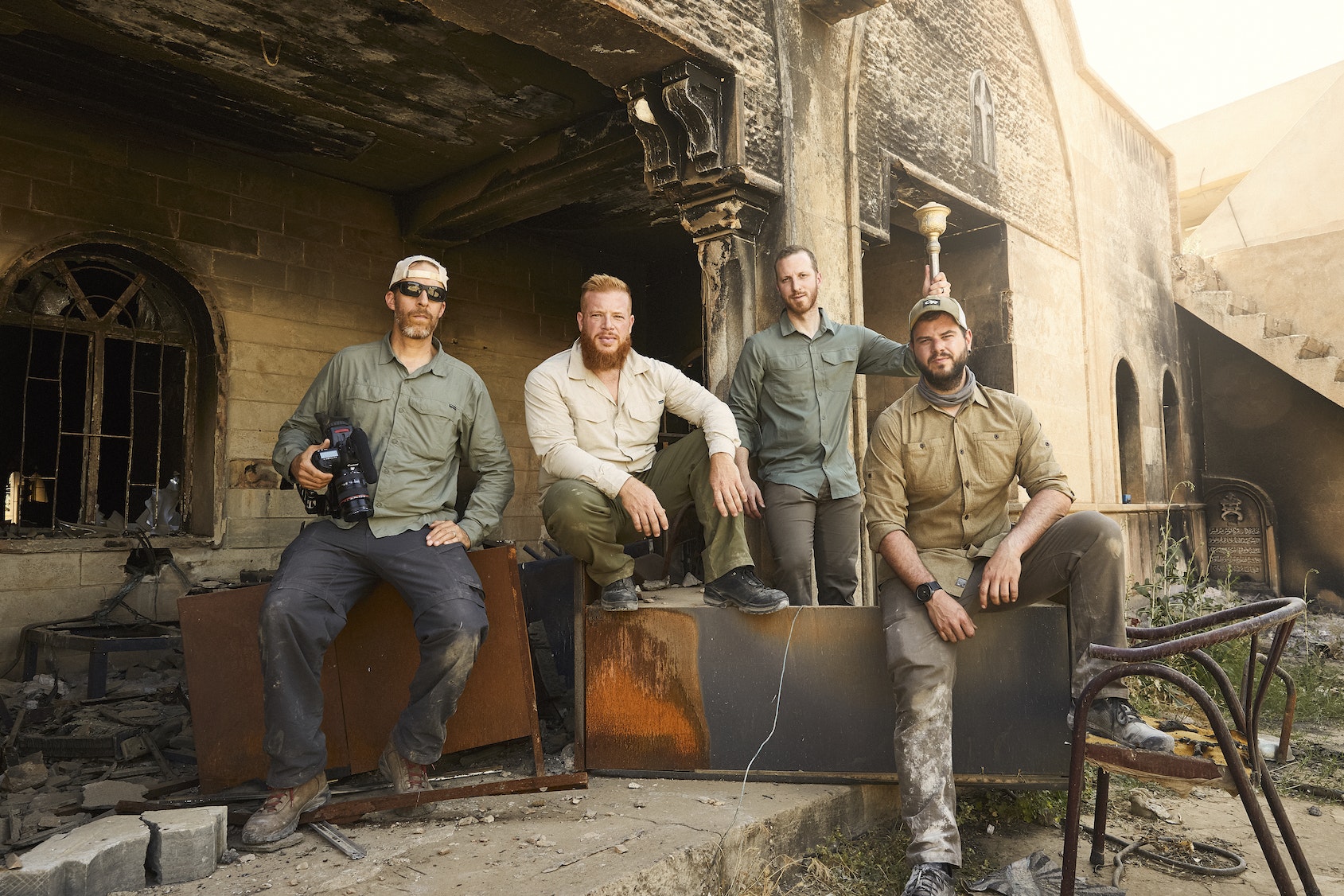